Is There Any Good Riding In Orange County? 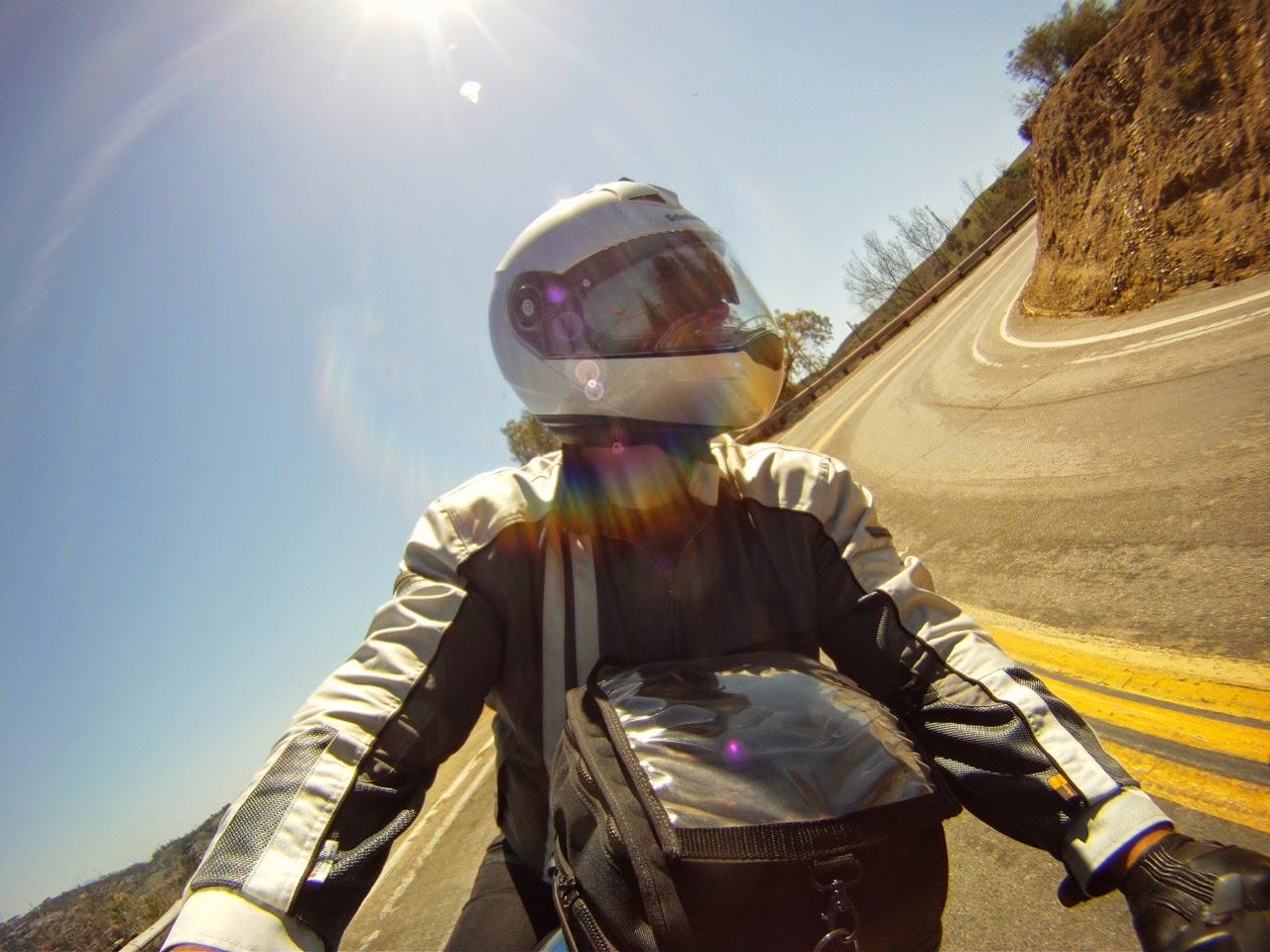 Southern California is well known for having some of the most diverse and exciting roads available to motorcyclists.  Very few regions in US and even the world can compare to excitement and beauty offered right here in the southland.

Why is Orange County, in particular, mostly devoid of these spectacular offerings?  In truth, we’re not… completely.

Orange County may never boast the magnificence of AngelesCrest Highway or the breathtaking views of Palomar Mountain.  We will never have a ‘Palms to Pines Highway’ (CA 243 to Idyllwild) or the nearby CA-38 to Big Bear Lake either.

Fortunately, for all who ride, those roads and many more roads of greatness are nearby.
So, what do we have?  Most riders will immediately identify Ortega Hwy (CA 74) as Orange County’s best road.  That assessment may be entirely true.

Ortega Hwy stretches from San Juan Capistrano to Lake Elsinore in Riverside County.  If not surrounded by so many other roads of greatness, in surrounding counties, Ortega would be considered a phenomenal destination road.

Most Ortega riders simply get there by taking I-5 south and exiting at Ortega Highway.  There’s a Shell Station right there, though it’s actually positioned to benefit westbound traffic.  Riders who have a bit more time and know the area opt to take the back way in via Live Oak Canyon and Antonio Parkway.  For most motorcyclists, Ortega Hwy truly begins at Antonio Parkway.

There is a quality about Ortega Hwy that is quite unique.  The road gradually builds in intensity.  It begins as a beautiful meandering run with wide sweepers.  Later, moderate speed switchbacks present fun peg scraping opportunities.  Ortega Hwy builds to a spectacular crescendo of awesomeness as a rider descends the mountain.

There are two roadhouses along Ortega Hwy.  The loud-pipe friendly Hell’s Kitchen in El Cariso Village and The Lookout with a stunning view of the lake and valley below.  The Lookout is the quieter of the two.  If you find yourself riding on a holiday, Hell’s Kitchen is open early for Breakfast and throughout the day.

There are two spin-offs from Ortega Hwy that do deserve your attention.  There is very little traffic on either, and both are unique.  Offerings of fun, adventure and scenery are yours for the taking.  Both of these roads are on opposite sides of Ortega Hwy, and the roadways are just 1000 meters from Hell’s Kitchen.

North Main Divide Road is a giant loop that services many of the campgrounds in the area.  There are many beautiful vistas.  It’s also a great place if you want to be left alone to think, write, reflect, make-out, or just take a nap on a park table.  The road starts off quite smooth. Lack of regular maintenance produces much rougher surfaces, as you continue.  The name of the road changes several times to El Cariso Road, Forest Route 3S04 and finally Long Canyon Road.  It eventually loops back to Ortega Highway.  Early on, one can ride a little aggressively, but soon the conditions of the road make the going slower.  Though it can easily be traversed on a road bike, it’s much more fun on a dual-sport like the BMW GS.

South Main Divide Road is a fairly well-kept secret for motorcyclists.  Most don’t take it all the way to Murietta but instead turn around at some point to rejoin Ortega Hwy.   This road can be a thrilling and entertaining day ride, all on its own.

A back way into Ortega Highway via Antonio Parkway, previously mentioned, is a lot of fun, too.

Santiago Canyon is a relatively high-speed road that offers up wide sweepers and interesting vistas.  It begins at Chapman Ave and Jamboree Road and continues down to eventually become El Toro Road.
For newer riders, this is often cited as a superb road to run.  It’s a nice mild stroll with no big surprises.  With that mentioned, one should not become complacent when riding Santiago Canyon.  Sadly, this road does claim several bikers each year, though most of them are alcohol related.
At the southern end of Santiago Canyon, is Cook’s Corner.  Cook’s is a roadhouse that is primarily frequented by the shiny chrome crowd.  That said, sportbikes, touring, and adventure bikes are also seen frequenting this roadhouse.

Cook’s Corner also marks the beginning of Live OakCanyon.  Live Oak is a beautiful tree-lined road with many fun elevation changes and moderate corners.  It’s not terribly long, but it is quite enjoyable leading to an challenging uphill switchback just after the river crossing.  The road is well maintained but narrow in most places.  Small ranches and residences line this lovely road.  Please be mindful of that as I’m sure most people wouldn’t want to have loud rumbling or squealing pipes blasting through their neighborhood at all hours.

Pacific Coast Highway is many things to many people.  The part many motorcyclists find most enjoyable is from Jamboree south all the way to San Clemente.

Of course, through much of PCH, one has magnificent views of the ocean.  Among the highlights are Crystal Cove State Park and San Clemente State Beach.

Along the way are some unique and enjoyable places to stop and take a break.  Ruby’s Shake Shack at Crystal Cove is just one of those destinations.  Owned by Ruby’s Diner,  this popular place offers rich and creamy shakes in a variety of flavors.  Being on a motorcycle is an added benefit as there is often a lineup of cars waiting for parking.  Being on two wheels, just ride up to the front, park without impeding traffic and place your order.


Laguna Beach is also a favorite place to regain feeling in your bottom.  Whether it’s watching the beach volleyball or looking for the dolphins that jump about, at sea, there’s plenty to keep one interested.

In Dana Point, PCH Splits in half with the northbound and southbound sections as one-way streets.  On the southbound section, just past Violet Lantern, on the left is the Bonjour Café.  It’s a great place for Breakfast or Lunch and happens to also be the former production office for Bruce Brown.  Bruce Brown was the director of the motorcycle cult classic film, “On Any Sunday” and the epic surfer film, “Endless Summer.”  One can gather, quite quickly, where the inspiration to name his film director son Dana came from.

Carbon Canyon Road is a pleasant little retreat for the soul.  Carbon Canyon Road starts off as Lambert Road east of the 57 Freeway.  The surrounding rural atmosphere instantly transports a rider away from suburbia and into the countryside.  Several small hamlets line the drive with a wicked ‘S’ turn near the end.  The elevation change through the ‘S’ turn often spooks new riders.  Just take it easy the first couple of times and keep your chin up.  It’s much worse if one is looking down.  The road ends in Chino.  One can either continue on toward their destination or turn around and run it again.  Avoid Carbon Canyon Road during rush hour (west in the morning and East in the afternoon) as many motorists try to use it as a bypass for a jammed up 91 or 60 freeway.

Turnbull Canyon is among the most fascinating destinations due to its interesting, curious and bizarre history.  A plane crash, attempts at weather manipulation, a mental asylum, Hollywood celebrity party spot and the rumored former home of Anton LaVey (founder of the Church of Satan) all have a claim to history on this four mile stretch of roadway.

Turnbull Canyon (or Turbo Canyon in the 80’s) is a technical canyon.  Think of it as a short Glendora Mountain Road.  Turnbull has two stages.  The half closest to Painter Avenue is a straight-up canyon.  No residences or intersections.  The other half is residential, and a good rider will respect that.  There is a beautiful, elevation changing, mini-carousel and some breathtaking views of the valley below, in this half.  Please take it easy in the residential section.  The last thing we need are angry residents causing heavy police presence, as has happened, in the past.  Run quietly through this section and be mindful and respectful of the residents.   It’s well worth it.

Though not spectacular or even awesome, there are several other places in Orange County to get some two-wheel therapy in.