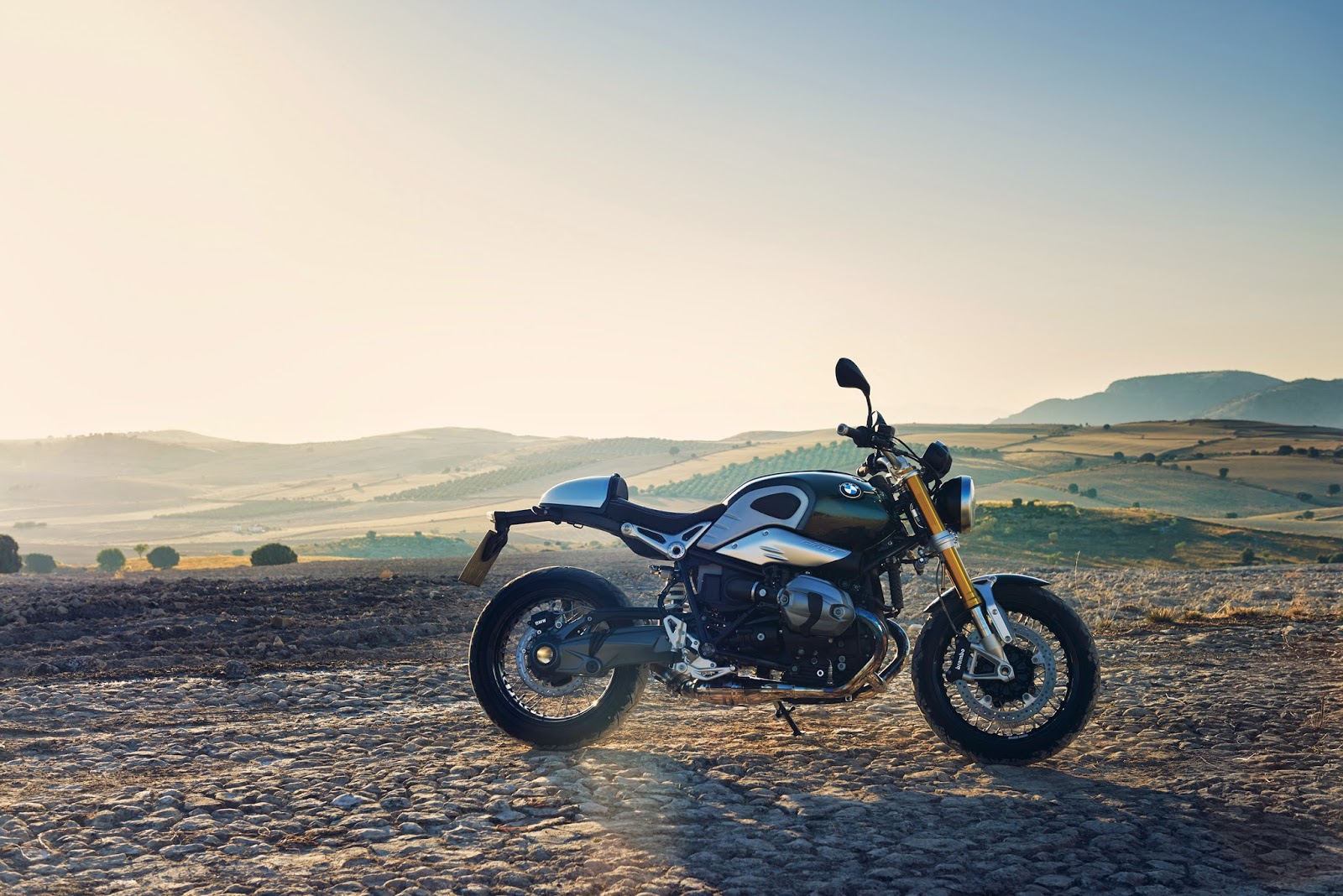 In mid-2012, I had a quick chat with then BMW Motorrad NA President Hans Blesse.  The opportunity was used to ask him, “Why won’t BMW make a classic styled bike that reflects it’s history of elegant style and simplicity?”  Hans looked right into my eye.  A huge smile formed on his face, and he said, “Just wait.  Something very good is happening!”

The public's first hint of a classic styled model was in early 2013. BMW Motorrad teased a silhouette promising a new model “Bearing the genes from 9 decades.”  Later in 2013, Roland Sands released their promo video of their heavily worked up Concept 90 Café Racer.
Excitement was reaching a fever pitch when the first images of the R nineT were finally released, and dealers got arrival dates.  Pre-orders poured in.  The initial excitement ensured that there would be a waiting list at least one year out.
By late 2014, BMW Motorrad realized the R nineT was a huge hit, and made a significantly higher number to meet the demand.  Dealers were also given their first chance to have a demo unit available for guests to take out and ride.  It’s having that demo R nineT that afforded the chance to see what this bike was all about and if all the hype matched the actual machine.
A good friend, Luis Ricardo Mosso, who also owns an R nineT, agreed to join me for a fun and interesting run up one of the famous local mountain highways.  We posed for pictures, setup our GoPro cameras and mounted our steeds.

I’m 6-04 (193cm) with a 34” inseam and 250lbs. Initially, the R nineT was quite comfortable.  The seat was not too hard and not too soft, but just right.  The pegs and handlebars seemed perfectly placed, and mirrors were very functional.  It should be noted that there is no cruise control, riding modes, ASC, heated handgrips, Multi-controller or other factory farkles on the R nineT.  Its seduction is in its pure simplicity.

Starting the final generation oil-cooled 1200cc boxer-twin engine was a delight to the senses.  The stock Akrapovic exhaust belted a note that resonated deep in my soul.  With a little throttle and a release of the clutch, we were off.  The ABS supported brakes were perfect.  They were not grabby, but confidence inspiring.  In testing an aggressive stop, coming to a red light, the Telelever front suspension was noticeably absent.  The R nineT did dive, but it wasn’t too disruptive and the stop was under control the whole time. Acceleration is smooth across the powerband. It immediately became clear that this bike could and would serve a relatively new rider quite well.  It was smooth and gentle, but ready and willing when one wanted to ‘Mr. Grey’ the bike into action. 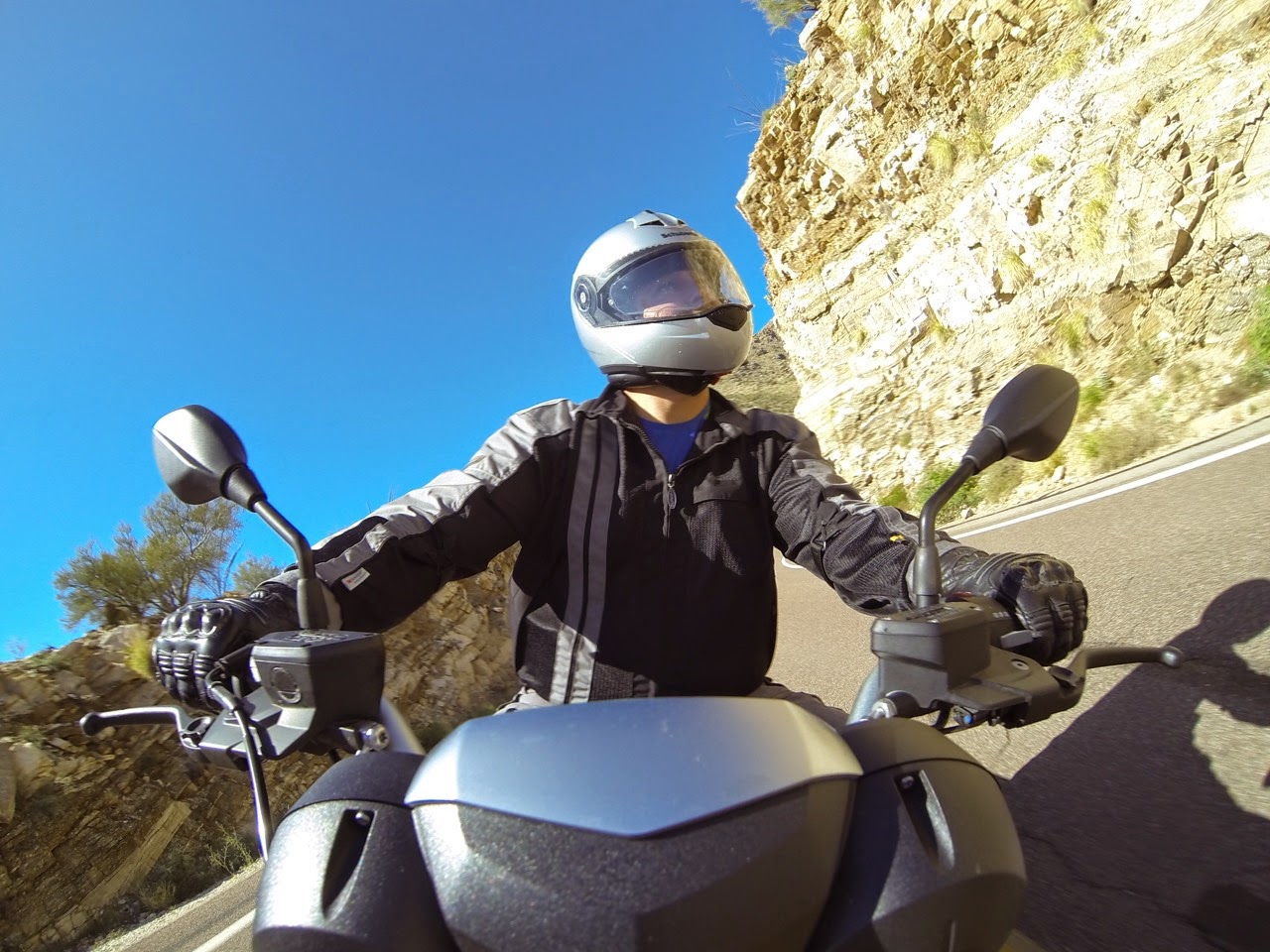 We approached the base of the mountain and the R nineT took on a life of its own.  This was the first chance to start pitching it into corners and transition from a gentle lope to full-on gallop.  The first corners were spent quickly getting the center of gravity, and the tip-in point sorted.  After that, the R nineT was pure heaven.  It seemed perfectly at home in the corners and sweepers.  No matter what was asked of her, she complied and told me she can handle more.  The grin that was forming quickly became a smile, so big, Julia Roberts would have been impressed. 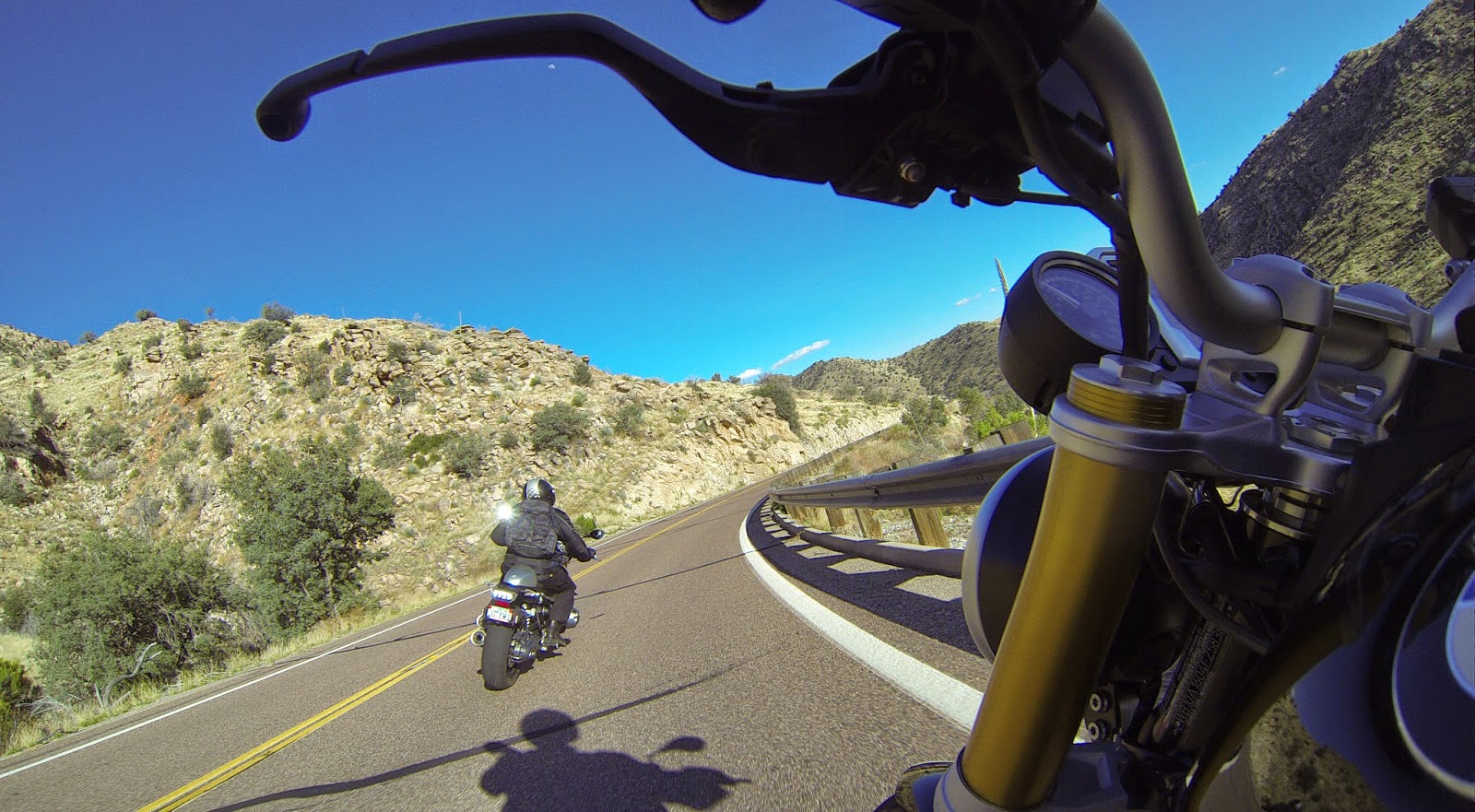 Corner after corner, sweeper after sweeper, the R nineT kept pace with my desires and often begged to be pushed harder.
Four hours later, with a nice lunch in between, we pulled back into the dealership.  The bum was feeling fine and could go another four hours, no problem.  The adjustable rear suspension was perfectly suited to my weight.  A rotary knob at the reservoir makes it simple to soften or stiffen the ride based on the rider and their style.

With both of us still beaming from the experience, Ricardo and I exchanged thoughts, shook hands and planned to meet up again, very soon, for another thrilling ride.

My impressions of the R nineT is…  It’s a hit!  If you have desired one, do not delay.  There are rumblings that this may be the last year of production.  Values are sure to remain very high and even possibly increase.  The R nineT is a great bike for both men and women.  It’s not too tall from the seat to the ground.   Its nimble weight and narrow seat also make it very comfortable for those with shorter inseams.  While it may not be an ideal starter bike, it is very controllable and confidence inspiring for a newer rider.  If one already owns a 2006-2014 BMW R 1200 R, the R nineT is not different enough to necessarily warrant a trade. The performance and setup of both bikes are quite similar.

The R nineT earns stares at every stop.  No matter where we went, people came up to us and asked about it.  At one point, a family-filled car, driving next to me, was trying to get me to pop a wheelie.  While shaking my head to decline, they all gave me the thumbs up with big smiles.
Hans Blesse’s wink and smile vividly shines in my mind.  He was proved right.

Yes, the R nineT not only lives up to the hype, it exceeds it.  Do come by Irv Seaver BMW and test ride one. 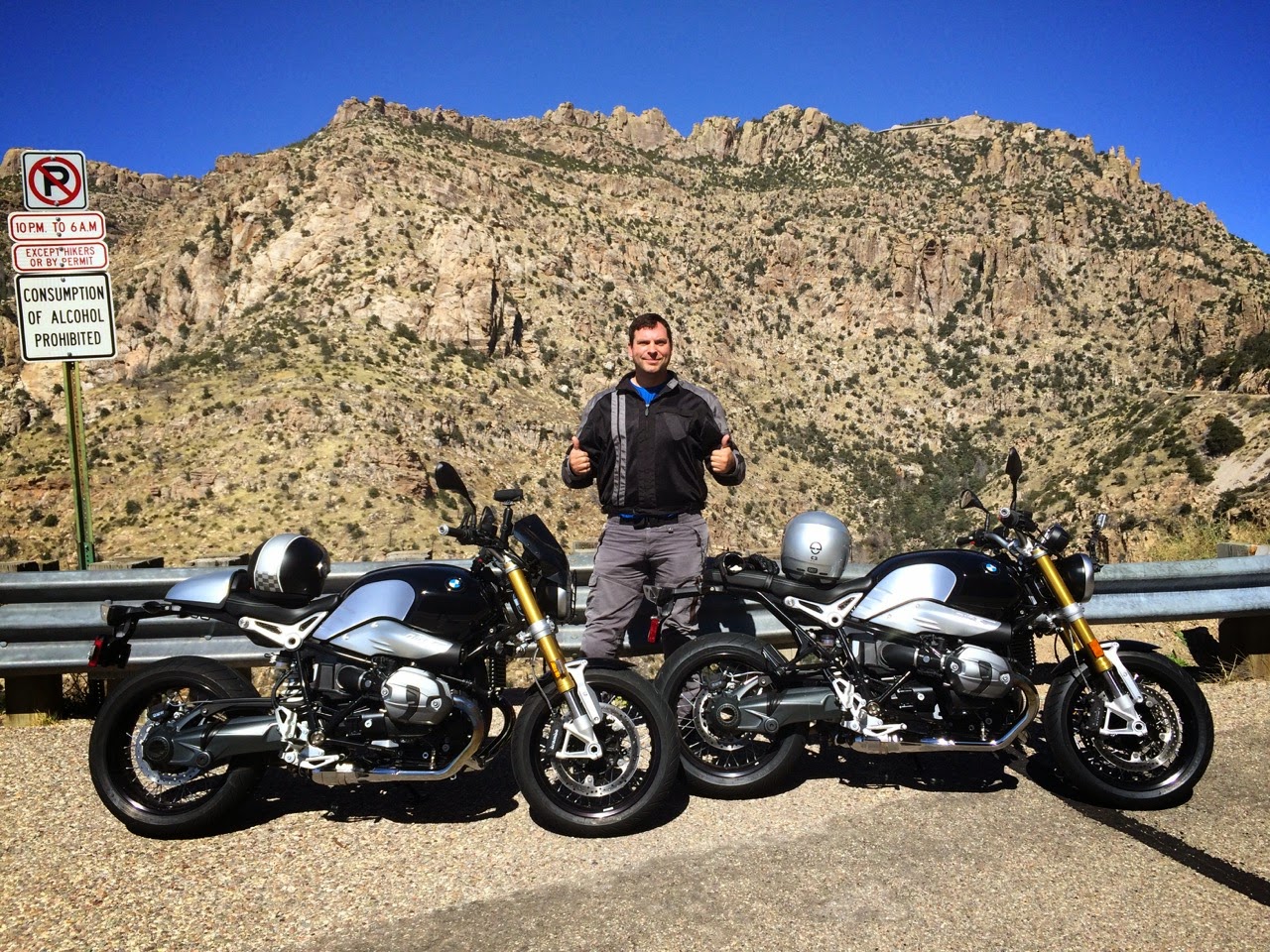